Reinforcement learning and its applications in traffic control

"Reinforcement learning is a branch of machine learning which is mainly utilized for sequential decision-making problems. In this type of machine learning,  unlike supervised and unsupervised learning, we do not need to have any data in advance; instead, the learning agent interacts with an environment and learns the optimal policy on the fly based on the feedback it receives from that environment.  Specifically, in each time step, an agent observes the environment's state, chooses an action, and observes the feedback it receives from the environment. The feedback from an agent's action has many important components. In this research, we propose AttendLight, an end-to-end Reinforcement Learning (RL) algorithm for the problem of traffic signal control. Previous approaches for this problem have the shortcoming that they require training for each new intersection with a different structure or traffic flow distribution. AttendLight solves this issue by training a single, universal model for intersections with any number of roads, lanes, phases (possible signals), and traffic flow. To this end, we propose a deep RL model which incorporates two attention models. The first attention model is introduced to handle different numbers of roads-lanes; and the second attention model is intended for enabling decision-making with any number of phases in an intersection. As a result, our proposed model works for any intersection configuration, as long as a similar configuration is represented in the training set." 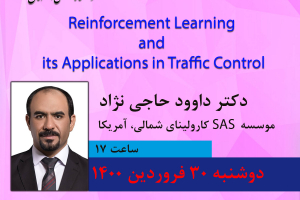